How To Get A Handle On A Bad Hire Situation 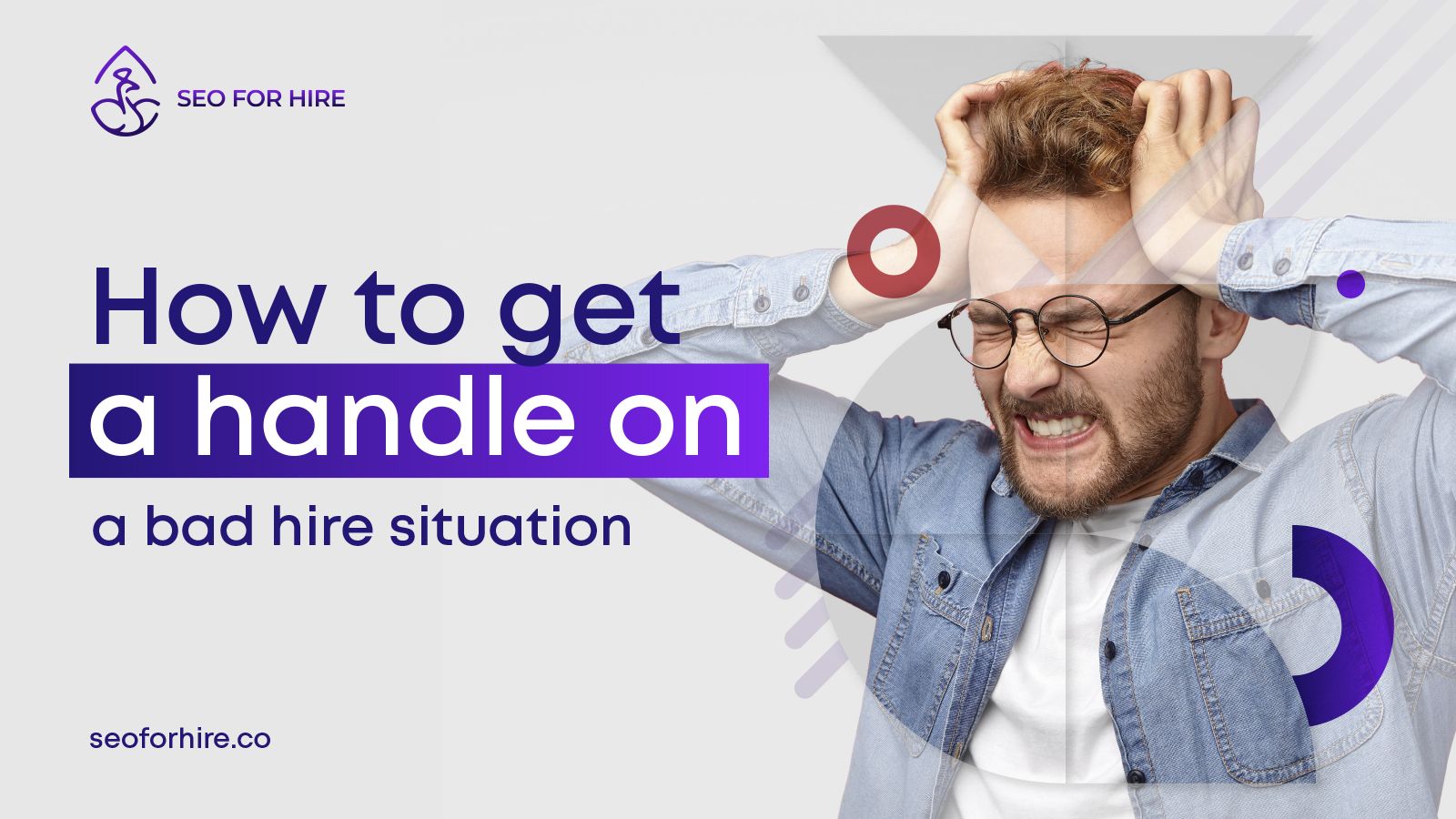 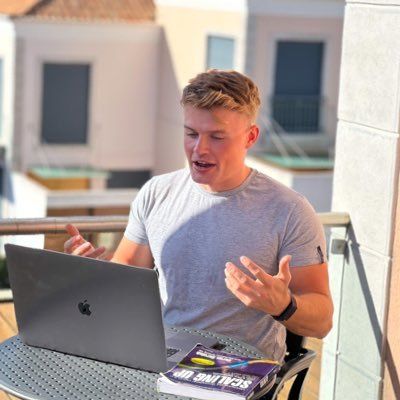 How To Get A Handle On A Bad Hire Situation

Look, it happens. We don’t always make wise choices; sometimes, the wool is pulled over our eyes, and we get distracted by a great interview without realising the person's true colours underneath.

Or, there’s the other end of the stick, where the person we hired really is great, but the position we’ve put them in as leaders has sucked the energy out of them, leaving them an unmotivated floating shadow of an ex-zealous worker.

How to prevent this from happening

Suppose this has happened to you a few times, and you want to stop it from happening again. There are ways you can prevent this s*it storm of a bad hire. Let’s get into it:

If there’s anything they’re confused about, detangle their worries straight away. It can be challenging for an agency owner to speak to every single new employee, which is why you should give your new employees a mentor.

Their mentor can direct them towards an end goal, set clear expectations, and motivate your new staff to perform to the best of their ability. It also gives your new staff accountability.

Then, ask your employees to review your leadership skills.

Being open and honest from the get-go is a win-win. You’re showing a proactive, instead of a reactive, attitude. You want to get better, grow, and listen to your staff. This mindset will motivate new hires to hit their goals and meet the expectations you have of them.

Have a probation period

How long is too long?

In my opinion, a three-month probation period is perfect. In three months, your employees will get comfortable and show their character. Whether that be a hardworking beast or a secret slacker, you’ll know.

One month is too short, and the secret slackers can easily fake it till they make it.

But, if you make it longer than three months, the hardworking beasts will assume you don’t trust them and won’t feel valued.

They won’t feel like a member of the team for a long time, and this can cause them to become demotivated and uninterested.

Communicate with them daily

As I said before, this can’t always happen. But, new starters must be checked on consistently - it’s like welcoming a baby to the world, only you’re welcoming them to your company instead.

You don’t really know them yet.

You just never know. Unless you message them.

Not only do leaders have to be approachable, but they also have to be available. What if there’s a situation where they can’t log in, something isn’t working, and they cannot physically do anything until someone responds to them? (This is one of the most significant issues with remote working!)

That’s a day wasted for that employee, and that’s poor leadership skills and can highly affect how the employee views your company.

“You didn’t respond to me for a day, so I’m ignoring you now too.”

This isn’t how people will think, but it’s how their subconscious will act. It’s like if everyone clocked out five minutes early and the newbie notices this; they’ll start doing it too.

You are what your employees turn out to be. Remember that before you start firing everybody.

Well, sometimes, no matter what you do, no matter how many mentors, training sessions, books and free time you give a person, they still suck.

Sometimes, it really isn’t your fault (except for the fact you hired the douche in the first place), and people are just disrespectful, lazy, and inconsiderate as*holes. Sorry, but it’s true.

There are great actors out there, secret slackers, who can put on a smiley face and a can-do attitude, and will even put the effort in for the first couple of months to appear like a star employee, only to drop the curtain when the probation period ends.

And then there are the great people, the ones you have formed a bond with, whom you respect and don’t consider an as*hole, but unfortunately, they’re just sh*t at their job. They’re slow, incompetent and can’t seem to form basic tasks.

It’s horrible. I hate firing people. But here’s how to do it the right way:

Look at the effects of keeping the bad hire

Sometimes simply moving an employee to a different department or another role won’t work. The secret slacker will still be a slacker, whether they’re in the writing or editing department.

Look at their passion and willingness to succeed in the company, a person like that is worth training. But more often than not, having an open conversation and asking the person if they want to be here will result in them saying no or feeling relieved that they’re being let go.

This is because the majority of people who want to be in a job will put effort into being in the position.

You have to look at the costs of keeping vs firing and rehiring.

Is this person demotivating the team, or do the team love them? Will getting rid of them upset people, or will it make others step up to the plate?

Do what needs to be done

It’s over. The trust is gone, and you need this person out of your life once and for all. But how can you do that smoothly without a big blow-up?

First of all, you can’t fire someone blindly. They have to have seen it coming. Speak with the team's other leaders about this person, and see if any improvements are made in the next couple of weeks.

There should always be a warning first.

If the bad behaviour continues, you have to fire them.

Don’t beat around the bush and try to lead into it like some dramatic breakup in a romance novel. “Listen…we need to talk…it’s important…there’s been something on my mind, something about us doesn’t feel right….”

First things first, say hello, then tell them straight up Alan Sugar style, “you’re fired.” But maybe in a nicer way, like, “we’re having to let you go.”

Then give them detailed feedback, like where they went wrong, but also mention what’s been good about working with them and remind them of why they were hired in the first place.

If there’s no bad blood, i.e. they’re not a secret slacker, offer to write them a letter of recommendation. Giving further support even after the firing process can make the sour moment a little bit sweet.

Not by much, because who am I kidding? Getting fired and firing someone is never easy, but seriously, a little support will go a long way.

Be honest with the team about whom you’ve let go and why. It might seem a bit awkward to do that, but there’s nothing worse than the team noticing someone gone without any knowledge of their dismissal.

Being transparent is super important. The rest of the team will trust you, and it might also make some team members kick their ass into gear.

Have another look at your recruitment process

Clearly, something’s not right. How did you let the slimy slacker sneak through your doors?

Is it unnecessary? Absolutely not.

Only real hard workers and passionate people will go through an intense vetting process. Why else put themselves through the pain if they don’t really want the job? The same goes for having a cover letter as a mandatory requirement.

I know that when I was applying for jobs way back when, I never applied for ones with cover letters.

Hopefully, we’ve helped you get a handle on a bad hire situation and haven’t scared you away from hiring for good. Remember this: a thorough vetting process is the ultimate way to extract gold from a field of dust.

At SEO For Hire, we have an intense vetting process for our candidates. It means only the SEO beasts of the world get presented.

You have to do that too.